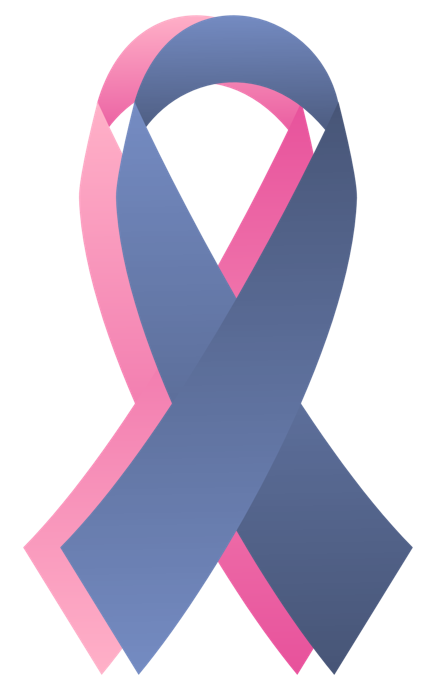 Unfortunately, this rarity has largely precluded prospective randomized clinical trials. It may also contribute to the infrequency of early diagnosis. Men tend to be diagnosed with breast cancer at an older age than women, and they have proportionately higher mortality, although outcomes for male and female patients with breast cancer are similar when survival is adjusted for age at diagnosis and stage of disease.

The family history is positive for breast cancer in approximately 30% of male breast cancer cases. A familial form of breast cancer is seen in which both sexes are at increased risk for breast cancer. Familial cases usually have BRCA2 rather than BRCA1 mutations. Men who inherit BRCA2 have about a 6% lifetime risk of breast cancer, which is 100-fold higher than in men without the mutation. Klinefelter syndrome is the strongest risk factor. Males with the syndrome have a risk of breast cancer that approaches that of females. Exogenous hormone therapy, such as treatment for prostate cancer, is not associated with an increased risk of male breast tumors. No association with smoking history was reported. Meta-analysis of epidemiology of male breast cancer failed to reveal any clear association with other potential risk factors such as reproductive history, education, various diseases, or exposure to drugs. Case-control studies on this subject have been confounded by small numbers or contradictory results.

Male breast cancer usually presents as a painless lump. In 75% of cases, the lump is a hard and fixed nodule in the subareolar region, with nipple involvement more common than in women. Often, the disease is not detected until late in its course: more than 40% of patients have stage III or IV disease at diagnosis. Lack of awareness that men develop breast cancer may possibly contribute to diagnosis of breast cancer in men at more advanced stages than in women.

In patients with clinical features completely consistent with gynecomastia, breast cancer may be excluded on clinical grounds, and no further evaluation may be necessary. If findings are equivocal, however, mammography can be useful in diagnosis. See Male Breast Cancer Imaging for further information on this topic.

Fine-needle aspiration biopsy can confirm the diagnosis. Histologically, the majority of breast cancers in men are infiltrating ductal carcinomas, but the entire spectrum of histological variants of breast cancer has been seen. Papillary carcinoma is a distant second in frequency. Lobular carcinoma is uncommon. Most male breast cancers (~80%) are hormone receptor positive, 15% overexpress human epidermal growth factor receptor 2 (HER2), and 4% are triple negative (estrogen receptor, progesterone receptor, and HER2 negative).

Recomendations for use of systemic therapy in male breast cancer are generally the same as in female breast cancer, because the rarity of male breast cancer has precluded the performance of clinical studies. Tamoxifen is the recommended adjuvant endocrine therapy. Duration is at least 5 years and in appropriate patients can be extended to 10 years, given the results of the Adjuvant Tamoxifen: Longer Against Shorter (ATLAS) trial.

No data support the use of aromastase inhibitors in men. In fact, a retrospective study indicates that aromatase inhibitors may be associated with poorer outcomes when compared with tamoxifen. Use of adjuvant chemotherapy mirrors the use in women with breast cancer.

Most cases of metastatic male breast cancer are estrogen receptor (ER)–positive, and guidelines from the European School of Oncology and the European Society of Medical Oncology recommend endocrine treatment with tamoxifen as the preferred option for these patients, unless they have suspected or proven endocrine resistance or rapidly progressive disease that requires a fast response. Second-line hormonal approaches include orchiectomy, aromatase inhibitors, and androgen ablation. However, chemotherapy can also provide palliation.